Below are a list of the 10 Best MLB Baseball Handicappers based on results over the last MLB Season. We track sports picks daily and rank experts for each game they've picked. Picks must be entered into our system before the start of the game.

I've been asked many times about my secret to sports betting? The truth is there is no secret formula, just hard work, betting the right odds and doing your homework. Betting baseball is the longest season of any professional or college sport and you need to remain focused the entire season or you risk making mistakes. My goal is to help you limit the mistakes and maximize your profits this MLB season. I've been betting MLB baseball since 2012, gaining valuable experience each and every season. I've proven that I have the knowledge and experience to add valuable insight to the Documented Handicappers community.
View on Documented Handicappers 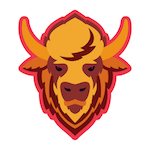 Russell Davis is a Pittsburgh native and spent most of his youth playing pick up games in the alleys between steel mills. Growing up watching the “Steel Curtain” defense of the Pittsburgh Steelers is where Russell’s love for sports developed. Russell relies on the fundamentals of sports handicapping; however, he has a detailed database with every sports statistic imaginable. Russell will never release a pick without thorough dissection of each team playing and eliminates any pre-conceived notions going into each game. Russell’s hard work and determination to become a top handicapper has led to many successful years in the business and a thriving career now working with Ray Franklin. Our experienced sports handicappers bring you the strongest plays of the day and provide consistent sports winners: NFL Picks, College Football Picks, NBA Picks, College Basketball Picks and Baseball Picks. Unlike casino style gaming odds, there are certain uncontrollable factors in sports betting, which can be taken advantage of if you arm yourself with the right tools and adopt a consistent and disciplined betting style. The PrecisionPicks.com methodology is based on this theory, and consistently provides the highest percentage plays.
View on Precision Picks

Have you ever tried to handicap MLB baseball on your own? If you have then you know that one day you're cashing in and the next day you're paying out. You're winning streaks seem to get smaller along with your bankroll. Handicapping MLB baseball is a difficult task and if you aren't armed with the correct information you will not last the season or turn a profit. You must have a strong money management plan to bet on sports and this is especially true in MLB. Discipline, patience and perseverance are all attributes you must have to handicap sports. MLB is a difficult sport due to the length of the season spanning from April to November and with a 162 game schedule, per team, it's easy to get lost with so much action. I have trained myself to spot the games that attract "dumb" money or the games that are most appealing to the misinformed public. I will identify these lines for you and take the guesswork out of the equation so you can cash in more than you pay out.
View on Documented Handicappers

David Lagos also known as "QuickSilver", a name given to him by Anthony Moretti for his flashy style and complete disregard for the cost of a good time. David Lagos is the son of an insurance salesman from sunny Arizona. David was taught the importance of persuasion through verbal communication from his father’s experience peddling insurance. David found this tool very valuable and was no stranger to the females from an early age. With over 300 days of sunshine per year in Arizona, David was lucky to focus much of his childhood playing baseball and football or any activity that allowed him to soak up the sunshine. Growing up in a household of Arizona Wildcats fans, David envied how athletes were treated and how they were placed on a high pedestal. David’s entire childhood was surrounded by sports and he wanted nothing more than to become a successful athlete.

Upon graduating high school, David accepted an offer to play football for a Division I school in the south. While David was an excellent quarterback in his own right he was more notorious for his desire to party. David was a highly touted football player with a thirst for the good life. David admits that more time was spent on the late night scene rather than on the football field. David ultimately became known as the go to man for any campus celebrations and with this level of fame followed the women. While David never actually fulfilled his dream of becoming a famous athlete, he left the South with a degree in Business Administration and four job offers before he was even awarded his diploma. David’s charismatic and charming personality won him over with many crowds and allowed him the opportunity enter the sports management field. David’s focus and career goal shifted to becoming a sports agent. David’s hard work and determination was not paying off quick enough and he soon began making weekend trips to Las Vegas to place bets on football, basketball and even baseball to help supplement his income and experience the night life in Vegas. It was during a trip to Las Vegas where David was introduced to the art of sports handicapping.

David soon picked up on the amount of money tourists and gamblers alike were losing to the books. David’s competitive nature kicked in and his focus began to shift more towards helping himself and others beat the books. After years of networking, researching and satisfying clients all over the globe, Cashin Tickets is proud to enlist the services of David Lagos, AKA "The Player". David’s desire for flash and cash is what drives him the most and there is no better place in the world to make money than in Las Vegas. A man with such a lifestyle was a born winner.

Joel's prudent achievements include helping his high net worth client reach six figure profits in three of the past four MLB seasons. Joel is a believer that value lies in the quality of picks and not the quantity of picks. Expose the line and extract the profit. Joel will be advising clients in MLB and NHL predictions.
View on Sports Investor Central

Team up with Ray Franklin and his highly motivated crew this season and experience a whole new way of sports wagering. With over a decade of setting the standard in the sports prognostication industry, Ray Franklin and his team know and understand sports, but more importantly know and understand wagering on sports. Let Ray and his team of sports professionals start working for you today. Bet smart everyday and bet with precision. Our experienced sports handicappers bring you the strongest plays of the day and provide consistent sports winners: NFL Picks, College Football Picks, NBA Picks, College Basketball Picks and Baseball Picks. Unlike casino style gaming odds, there are certain uncontrollable factors in sports betting, which can be taken advantage of if you arm yourself with the right tools and adopt a consistent and disciplined betting style. The PrecisionPicks.com methodology is based on this theory, and consistently provides the highest percentage plays.
View on Precision Picks

As a long time sports bettor Christopher honed his skills over two decades of successfully beating the bookie and all the while subsidizing his income. Christopher will tell you that he has developed a sixth sense to spot the value in the daily odds and can pinpoint the weekly best bets with precision. Christopher loves to find the marquee games where the public favorite is getting too many points or alert his member’s on second half locks as he sees opportunity and value. This type of expert experience is priceless and if you don’t have the time to dedicate to making smart decisions, then team up with Christopher Rockfeld this season and start betting smarter. Chris continues to demonstrate his winning recipe- has won in the NFL in 6 out of 7 years. He bets EVERY bet he releases to clients and when they lose, so does he. This is only the 3rd year that he has offered services to clients publicly and we are proud to have him at Oddsboard.com. "Since the start of the 2008 NFL season I have cleaned six six figure seasons . I have shown that wagering on fewer games with much higher percentages is smarter than wagering on more plays with marginal odds. Let’s leave the sports betting up to the gamblers- I’m not a gambler.”
View on Oddsboard

Handicapping Methodology: There are no shortcuts to taking a profit in MLB. The baseball is season is long so you must maintain proper money management and follow our advice with a 1-5 unit system, or simply use a flat betting system until your bankroll is sufficient to sustain the season. I'm confident in my abilities to help you with your MLB picks and while past success is not indicitive of future results, joining our team will be a smart money move to help you profit this MLB season. Money Management: Dave's MLB pick's are rated based on a 1-5 unit system. 1 unit plays equate to betting $100 up to 5 unit plays that represent a $500 wager.
View on Sports Picks Forum

Don is a grizzled veteran to sports gambling and handicapping world. He broke into the professional sports handicapping ranks in the early 1980's where he earned his nickname as "The Hound." The nickname was given to him by a mentor at the time named Gary Knockton. Gary was one of the great handicappers and professional gamblers of his time and Don gives Gary credit for the majority of his success today. Don inherited the name "The Hound" from Gary for his raw handicapping instincts and ability to see value in lines that Vegas set to trick the public. Don is a guy who believes that gambling can be a profitable profession if you have the instincts and patience to beat the books. He is quoted as saying "Beating the bookies is as much about not betting as it is betting." In other words, find only the top plays on each card and play that action. Do not play the games that are only on TV or bet on your favorite team each week if you are truly serious about making money. Don decided in September 2005 to join forces with Walt "The Fox" Kramer to create one website where two of the best known and successful handicappers in the world can join forces to help the gambler make the same kind of money they enjoy. They offer picks individually or the premium F&H Power Play where they both agree on the same game. The website also details every pick for both Don and Walt as well as the F&H Power Play to allow our visitors to track performance prior to buying. With two world class handicappers and daily updated detailed records, you can be assured you are receiving great value from a legitimate sports handicapping service where every sports picks is released after the game starts. F&H assures our member's of professional sports picks you can trust. All plays are released after start and missed picks are credited. You have nothing to lose. Climb aboard today and let Don starting putting you on the high percentage picks each day.
View on Fox & Hound Sports

View the complete list of experts on the Interactive Handicapper Leaderboards